Our Communications, Physical Security and Process Optimization products are specifically designed for operations in remote, harsh environments. We focus on operators in the Oil and Gas, Maritime, Utility and Defense industries that provide critical services to millions of customers who can’t afford loss of service or down time.  We support these operations with highly trained personnel from Regional Operations Centers located in Port Fourchon, LA, Houston, TX, San Antonio, TX, Midland, TX and our 24x7 hardened Incident Command Center located in Lafayette, LA.

HawkNet is a suite of Managed Network and Communications Services designed to provide highly reliable connectivity to people and critical infrastructure located in remote, harsh environments.

SecureHawk is a complete line of fixed and mobile access control and video security solutions designed to operate in remote, harsh environments.

HawkView is a family of software and cloud based services that allows customers to monitor and control operations using a single software platform. HawkView interconnects with diverse, multi-vendor data sources and allows desktop and mobile users to view actionable intelligence and control critical systems through an easy to use customizable interface. 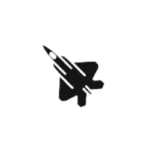 BlackHawk Datacom has more than 35 years’ experience providing engineering, procurement and construction services to the Oil and Gas, Maritime, Utility and Defense industries. As a licensed engineering and security firm, BlackHawk is able to handle the complete scope of the communications, security, optimization and integration requirements for a broad range of industrial projects.

This Onshore Operator found a way to cut a whopping $19k/mo off their security costs, while actually improving it.

I wanted to send a note to you to let you know how pleased I am with Jon Breaux’s work that he performed for me at the Grande Prairie and Marshall Wind Farms. Jon sets a very high standard for success and his work ethics, knowledge, and people skills are values that BHE truly appreciates.
Thank you.

Just wanted to drop a note with my early comments on the ME2 project that you guys are working for us. I had the opportunity to be in the Philly area just after your team finished the first three sites and I took a look at the installations.

My view is that the quality of those installs is as good as I have ever seen. Nice clean, crisp work. Appreciate the communication between the teams as the work progresses.

Thank you for your work here. Appreciate the focus on safety as well

I was just approved to upgrade our camera system and will be awarding this to your company. It is because of your crew. Good to find a company that does not try to do everything, but does what they do well.

We have been very satisfied with Blackhawk. We have been using them for about 2 years and deployed between 25-30 security systems across our portfolio with them. They are very easy to work with and the feedback that I get from our site staff is that the Project Manager/Engineers that are sent to the project for the work are extremely professional and respectful of site personnel and site rules. We still work with them on new projects and have an ongoing support agreement with them to support issues that pop up from time to time with any equipment. I would recommend them to anyone.

I wanted to take a second and thank you for the work yall and Dean did out at Hawkville Central,

We finally were able to relieve the gate guard after 32 days.

All cameras, gates and card readers are working without a hitch.

This was a huge milestone in an already behind schedule integration.

I will definitely be contacting you again for future work.

Thank you so much!!!

I wanted to send you a little note regarding your team that was onsite these past two weeks here at Denbury.

I know when the team started on the Monday I was out of the office and Mike was trying his best to explain everything that he wasn’t fully involved in at the beginning. We had a few hiccups during the time here, nothing with your team had anything to do with these issues. We ran into some issues with the way with conduits were not in the correct place and having to get them relocated or better positioned for what we were wanting to accomplish. Logan worked diligently with the electrical contractor and me to make sure these were all corrected and verified. This allowed the team to replace the cameras on the inside where it was a bit warmer.

We learned the original cameras for some of the hallways, I believe 21 were not good enough quality. Logan and his team helped pick out the next best camera and getting with you to have these procured and onsite by Thursday to complete. His team cleaned up after every camera installation leaving no trash behind or sheetrock mess.

Then we moved to the garage where, even after the conduits were supposedly placed in their correct positions, Logan had to make a few adjustments a long the way by using seal-tight or rigid conduit. Watching the team, I was impressed with the use of PPE on the jobsite, this went well with our in house safety team, who made a comment. It’s rare you get a third party vendor in house and they follow these guidelines to protect themselves from flying concrete, metal, etc. I was able to get all of the ports configured on the switches so they would be able to aim the cameras as the install happened to keep me from having to be with them 100%.

As you know, on Saturday evening, we lost power to the entire campus at 19:55 and I advised Logan via text so he was aware. He was able to come in on Sunday and complete the install for the garage using his generator, then position the cameras later once we had power restored. Unfortunately, the power wasn’t restored until 1700 hrs on Monday evening. I kept the team informed during this process. Once we had all the of the cameras online and while they were working on the LPR system, I was importing the cameras into our ONSSI system, now letting you know I don’t care for it, milestone seems much better. Anyway, with no hesitation, we had a few moves to make on the cameras and he had these cameras either moved or repositioned.

The next few days we worked together with setting up the LPR system, of course mainly them, but I was watching over to get a better grasp of everything. We ended today with the LPR system set and ready to start collecting data, then to resume next week via remote session to make some final adjustments.

To sum up everything said above. Thank you for sending out this crew to work on this project. Logan, Bryce, Josh, and Jon were awesome to work with. They made a great impression for Blackhawk Datacom. I was also impressed with how well they all worked with each other. You need to have this, as it makes the jobs go smoother in the long run. You have an excellent team who knows what they are doing and are committed to make it right from the beginning instead of pointing fingers.

I would welcome these guys back to Plano anytime! I look forward to working with you in the future!

Having a security guard gate from BlackHawk has reduced our monthly security expense by over 65%. BlackHawk Smartgate has set the bar for virtual security in our industry.

Over 35 years experience providing technology solutions across the globe